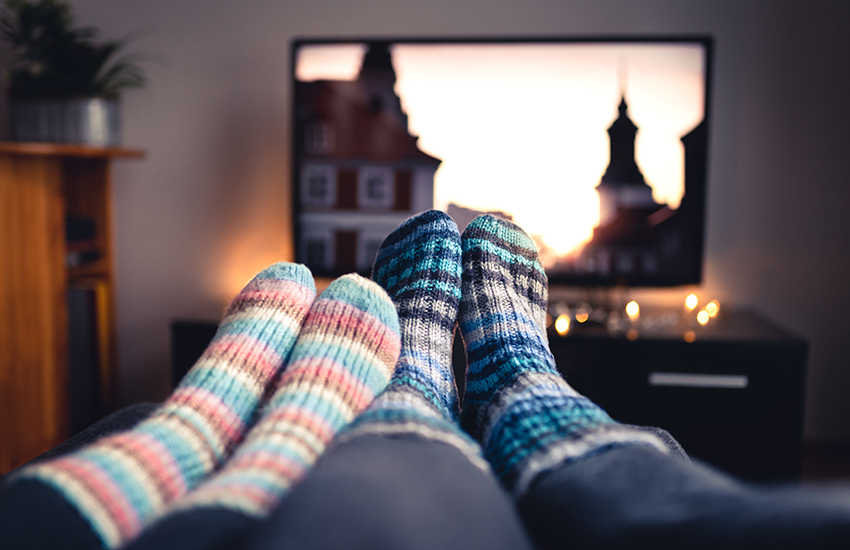 Travelling through our screens: it’s the type of adventure we can look forward to in the midst of this pandemic. As travel restrictions keep us from experiencing the real thing, here are some movies that give you the chance to explore the world while staying safe in the comfort of home.

The Lunchbox by Ritesh Batra

I have to warn you; this movie makes you hungry. Hungry for travel, hungry for romance and hungry for Indian food! In Bombay, a woman tries to win back her husband’s heart by carefully concocting dishes for him that, by mistake, end up on another man’s plate. The kitchen scenes are mouth-watering and I could almost smell spicy notes of curry while I was watching. Several scenes reminded me of my stays in India and I’m sure this film will make you want to travel there too!

The Motorcycle Diaries by Walter Salles

This film traces Ernesto Guevara’s motorcycle trip to Latin America before he became “Che.” It is during this road trip that he becomes aware of socio-economic inequalities as well as political and social injustices. Through the spectacular landscapes of Latin America, we witness the relentless quest of a man who made history.

The Endless Summer by Bruce Brown

Hawaii, South Africa, New Zealand, Senegal… In this documentary produced in the 1960s, we follow two surfers looking for the perfect wave and a never-ending summer. The soundtrack and scenery make you want to go to the beach as quickly as possible. A must-see for all surfers!

To my surprise, I was completely charmed by this animated feature film. The story is inspired by Polynesian myths and I found it to be a beautiful incursion in this culture that I didn’t know. Although this is an animated film, it made me want to discover Polynesia!

Under the Tuscan Sun by Audrey Wells

In the midst of a divorce, the protagonist goes to Italy to recharge and heal her broken heart. Upon arrival in Tuscany, a series of events propels her to become the owner of a villa that she has to renovate. Unbeknownst to her, this purchase and her new way her life will result in several life-changing encounters. This film will make you want to smile, visit Tuscany, savour Italian cuisine and share moments in good company.

The Blue Butterfly by Léa Pool

In this film based on a true story, we explore the jungle of Costa Rica with a boy with terminal cancer. He is looking for a very rare butterfly to add to his collection: the Blue Morpho. The rainforest is breathtaking and the boy’s will is remarkable. My advice: take out your handkerchiefs because this one is a tear-jerker!

Most of the travellers of my generation have already seen this film, which captures the atmosphere in youth hostels and the strong bonds that can be created during a stay abroad.Through his experiences and encounters, the main character, Xavier, makes us discover Spain, while demonstrating the importance of following our dreams.

The Secret Life of Walter Mitty by Ben Stiller

Appearances are sometimes deceiving and the main character of this film reminds us of that. A great dreamer despite his rather dull life, Walter Mitty shows unexpected resourcefulness and imagination as he must travel the globe in search of a photographer. Throughout his adventures, he brings us to Iceland, Greenland and Afghanistan. To this day, I regularly listen to the very catchy soundtrack when travelling or going on a road trip.

Lost in Translation by Sofia Coppola

In Tokyo, a man and a woman become close as they both suffer from insomnia due to jet lag and personal issues. A few scenes show us Tokyo’s nightlife and I remember being intrigued about this city while I was watching the movie. This film also depicts the speed at which bonds are forged while travelling and the effects of jetlag and cultural shocks.

The Darjeeling Limited by Wes Anderson

My favourite director presents the spiritual journey of three American brothers who visit North India (one of my favourite places!) During the train journey, nothing happens as planned. We discover Indian landscapes and customs through wacky anecdotes tinged with Anderson’s signature absurd humour.

A 2,700 km journey through the Australian desert in the company of a dog and four camels. This is the adventure that Robyn Davidson embarked on in 1977. The film recounts his crossing to the Indian Ocean while demonstrating both the dangers of the expedition and the beauty of desert landscapes.

Out of Africa by Sydney Pollack

In 1913, a young Danish woman moves to Kenya, a British colony at the time, where she will discover this country in all its splendour and vulnerability. The film portrays Kenya’s diverse wildlife, lush flora, rich culture and spectacular scenery, but also the tragic consequences of colonization. It also features a love story which will certainly touch the romantics at heart.

Call Me by Your Name by Luca Guadagnino

“Brilliant” is the first word that comes to mind when I think back to this film. The romance between a vacationer and a student, in the heart of picturesque Italy, makes you want to fall in love. It is hard not to dream of visiting Italy when it is presented to us as being so beautiful and so authentic. I loved it!