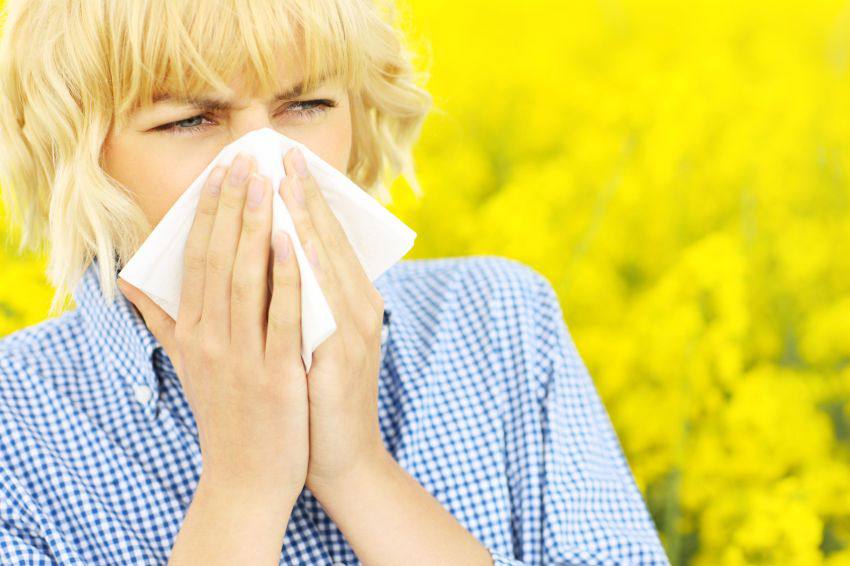 An allergy occurs when your immune system perceives a harmless substance (the allergen) as a threat and produces an unpleasant response. You can develop an allergy at any time during the course of your life, and it is most likely a reaction to one of the following substances.

Pollen is a powder-like substance that enables many plants to reproduce. Pollen is sometimes carried by insects, but it can also be airborne, which poses the greatest problem for people with pollen allergies, as the pollen grains are dispersed in the air and cannot be avoided. If you have an allergy to pollen and happen to inhale it, you can experience symptoms such as watery eyes, sneezing, nasal congestion, sore throat, coughing and runny nose. You will usually suffer from these symptoms when the plants whose pollen you’re allergic to are in full bloom.

Dust mites are minute creatures that live in carpets, bedding, clothing and soft furnishings. They feed on shed human skin and produce waste that can cause allergic symptoms ranging from nasal stuffiness to itchy eyes and wheezing.

Mould is a type of fungus found throughout the world. It grows rapidly in warm, dark spaces, such as garbage cans and compost heaps, and feeds on nutrients found in plant and animal matter. Under the right conditions, mould spreads by releasing tiny spores that float in the air. While you inhale these spores on a daily basis, you may suffer from wheezing, runny nose, watery eyes and/or hives if you have a mould allergy.

When mammals groom themselves, they produce dander, flakes of dead skin cells that commonly settle on soft furnishings and other surfaces of the home. If you are sensitive to dander, you may suffer from symptoms such as wheezing, coughing, skin rash and stuffy nose.

Grasses start to grow in early spring and release pollen into the air a short while later. Grass pollen is so fine and powdery that you may not see it floating through the air. However, if you are allergic to it, your body will release chemicals that cause your nose to run and your eyes to itch and water.

If you suffer from any of these allergies, a supplemental health insurance plan is important to cover what you might need to treat your allergy.