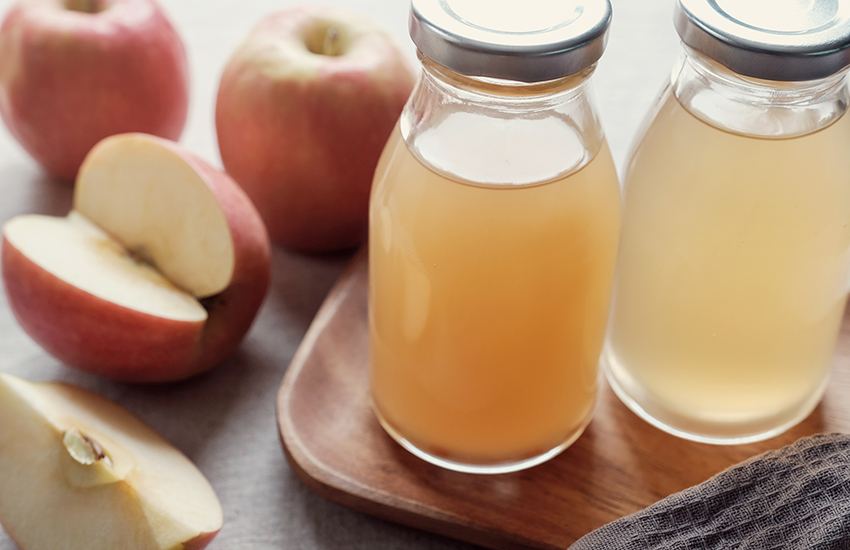 Integrating natural supplements like apple cider vinegar into your daily routine is a simple and effective way to boost overall wellness. Apple cider vinegar has been used medicinally for centuries and continues to be one of the leading natural health supplements used today. When taken properly, it boasts a range of health benefits, from controlling blood sugar, to boosting your immune system, and so much more.

What is apple cider vinegar?

As the name suggests, it’s simply a vinegar made from apples. More specifically, it’s created at the stage after apple cider turns into hard cider using a fermentation process that’s similar to that used for making wine. When bacteria and yeast are combined, they produce acetic acid. Along with being responsible for some of the health benefits, this acid is commonly used as a food preservative.

WebMD explains that one of the most important and unique properties of apple cider vinegar is the “mother” – the visible cloud of yeast and bacteria which acts as a probiotic.

While apple cider vinegar might not be an instant miracle, there are numerous areas in your life that could possibly benefit from proper daily use.

Even if you’re not accustomed to this home remedy, you may have heard about some of the numerous and diverse benefits apple cider vinegar has to offer. These include:

How to take it

While there are no official guidelines for consumption, Healthline states that most people like to take one to three teaspoons (or one tablespoon) daily and adjust the dose based on how their body reacts. Due to the acidity, it’s highly recommended to dilute apple cider vinegar in water. If you’re not accustomed to the taste, or want to make it a little sweeter, you can even add natural sweeteners like organic honey, maple syrup, or stevia.

The time of day at which you consume it is also entirely up to you. It can be taken on an empty stomach in the morning, or even after a meal to aid in digestion.

While it may be the most common method, drinking it isn’t the only way to include it in your diet. Apple cider vinegar also makes a great addition to salad dressing. Try switching out the vinegar you usually use for this healthy and tasty alternative.

Along with the many benefits of apple cider vinegar come some possible side effects. While some are can be remedied, others may need some consideration depending on your personal health situation.

One of the most common side effects that can happen over time is the erosion of tooth enamel. Luckily, this can be easily avoided by drinking it with a reusable straw like those made from stainless steel or BPA-free plastic. As an extra protective step, it’s also recommended to rinse your mouth out with water once you’ve finished drinking it to ensure there’s no acidic residue left on your teeth.

Due to its acidity, not everyone’s stomach can tolerate apple cider vinegar. Consider any health conditions that may become aggravated such as acid reflux, ulcerative colitis, or any other digestive issues.

Contrary to some home remedy suggestions for skin conditions such as acne, or for soothing stings, it’s not advisable to apply apple cider vinegar topically. It can cause irritation, and in some more severe cases, even burns.

One of the most important things to consider when taking apple cider vinegar is the possible interaction with medication. If you do regularly take any drugs, be sure to research these possible interactions or consult with your doctor before adding apple cider vinegar into your daily health regimen. For example, it has been reported that apple cider vinegar can lower potassium levels. Harvard Medical School explains that this is important to note for anyone taking medications that can already lower potassium, such as those used to treat high blood pressure. While it can help control blood sugar levels, apple cider vinegar can also have an effect on insulin levels. People with diabetes should speak to their doctor before adding it to their diet.

If you don't already have a bottle of apple cider vinegar at home, it’s a great time to consider adding it to your shopping list. Apple cider vinegar is easy to find at health food stores and most standard grocery stores. For maximum health benefits, look for raw, unfiltered apple cider vinegar with the mother, and without any artificial additives. Stir it into your water and start enjoying the benefits. Cheers!