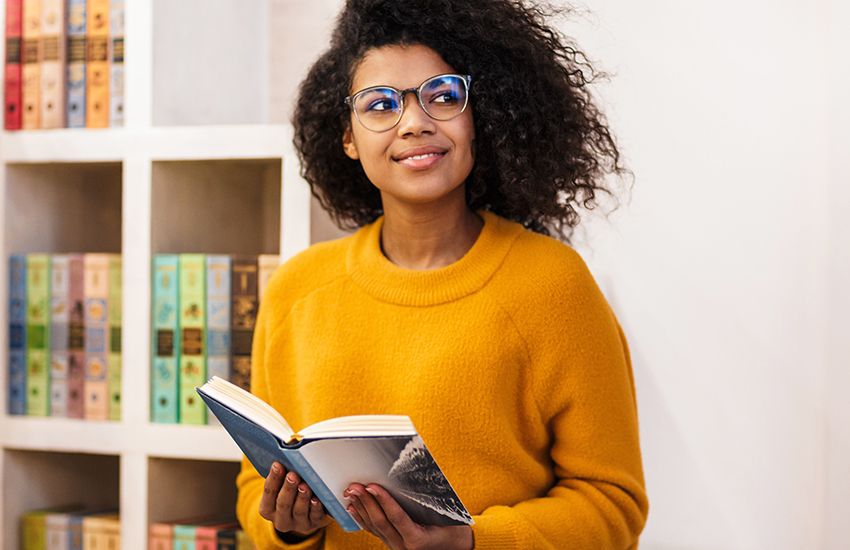 Travelling through books is a great way to get a break from everyday life during a pandemic! After months of lockdown and many travel restrictions, it’s starting to be difficult for travel enthusiasts like me to meet our needs for the exotic and adventurous. Fortunately, some works are a precious source of exile. Here are some of my favourite travel reads.

The secret of dorayaki—a traditional Japanese pastry—is explained to us with grace and warmth in this book by Durian Sukegawa. From the very first lines, we are transported to the kitchens of a Japanese confectionery shop surrounded by cherry blossom trees to witness the passing down of an age-old tradition: the craft of an, a sweet red bean paste. When I went to Tokyo, I was eager to taste this exquisite pastry in tribute to Tokue, one of the heroines of the novel.

It’s hard to resist the charm and contagious energy of Anne Shirley, the memorable heroine of this series. This classic Canadian novel will take you through the countryside of Prince Edward Island in the early 20th century through the overflowing imagination of the protagonist.

Journey to the Center of the Earth by Jules Verne

Young and old alike can follow Professor Lidenbrock to Iceland where he sets off to explore the depths of the earth. The professor and his team find themselves in a supernatural world where they make several spectacular discoveries. If you prefer underwater adventures, Twenty Thousand Leagues Under the Sea is a great classic of thrilling adventures from the same author which is full of twists and mysterious phenomena.

Women Traveler’s: A Century of Trailblazing Adventures 1850–1950 by Alexandra Lapierre and Christel Mouchard

This collection has been a source of inspiration for me for years. It includes stories of several explorers from 1850 to 1950, who were brave enough to travel the world, going against the grain of their time when women were limited to the roles of housewife, mother and wife. A book that will give courage to those who have not yet dared to travel solo!

In this story, we follow Thoreau, the author, over the course of the two years he spent alone in a cabin in the forests of Massachusetts as well as during his return to society. It highlights his observations with nature over the seasons and his social isolation. It’s not an easy read, but this book helps to understand the need that some people have to withdraw from the hubbub of everyday life. This book is one of my personal favourites.

The Island by Victoria Hislop

This story takes place in Spinalonga off the coast of Crete. Family dramas, romance and intrigue take place on this island where people with leprosy are exiled. This is not a literary masterpiece, but it is definitely a light read which allows us to learn more about Cretan history and culture.

A comic book that made me smile from start to finish. The writer shares with us, among other things, her observations on the differences between Japanese and Quebec cultures and it’s often very amusing. I burst out laughing when she describes her experiences with Japanese toilets or automated vending machines. A read that can lift our spirits while waiting to travel to Japan again.

The Shadow of the Wind by Carlos Ruiz Zafón

In post-war Barcelona, we explore the corners of the city alongside Daniel Sempere, the main character of the novel, who tries to find the author of a book. His adventures will take him to several places in Barcelona, and those who have been there will certainly enjoy recognizing the spots. Those who have not had the chance to go there will most likely want to add it to their bucket list because Barcelona is depicted as a mysterious and captivating city.

I never had the impression of being in another country as much as when I devoured this adventure novel. On each page, I found the smells, sounds, customs and colors of India by following the main character on his inaugural journey. Thanks to Kipling’s gift for writing, I was able to recall the Himalayas as well as mainland India without leaving my home.

The Braid by Laetitia Colombani

Smita in India, Giulia in Italy and Sarah in Canada: three contrasting lives on three different continents that will intertwine like a braid. The lives of these three women are at opposite ends, allowing readers to familiarize themselves with three cultures while encouraging them to reflect on social class and the status of women in the world. An easy and heartwarming read that I devoured in just a few hours.